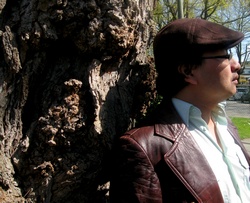 It’s inspiring to see so many Swapsity members carrying out their big dreams the barter way. First, we met Martin and learned about his incredible quest to swap his way to the green car of his dreams. Now we’re happy to introduce you to Jay Peachy, a Vancouver-based artist who is taking his passion for swapping to the next level by embarking on an amazing barter build. JP, a self-proclaimed “bartermaniac” with a diverse swap portfolio, is relying on trade to build himself an eco-friendly home in British Colombia. He intends to use as much reclaimed and swapped materials as possible while making his green sanctuary inclusive, creative and sustainable.

“My goal is to reduce cash expense while doing the right thing for the environment,” says JP. “As an artist, and one who explores the interrelationship with myself and the environment, I see my house project as my biggest and most challenging project yet.”

JP saw a need to expand beyond the small studio space where he currently lives and build himself a home in the village of Anmore—a place Greenpeace founder Bob Hunter once called home. He was inspired to add a barter twist after years of swapping skills and items as a self-employed artist. “At a few times in my life, I had nothing and had to utilize all means and skills available at my disposal to live,” says JP. “I feel my mind has naturally re-engineered its way of thinking and it has become more natural to think of what to trade first. There is a certain thrill one gets knowing that you can save something from the landfill and exchange it for something you need.”

JP is no stranger to swap success. He’s traded his artwork for a digital video camera, a PC, a kayak and a sailboat. Now he’s taking his passion for bartering, which he believes is just another part of his creative process, to the next level and is looking forward to the rewards. “Swapping is social, creative and makes you feel good,” he says, adding that he believes traditional shopping is often boring, mindless and leaves shoppers with regret over how much money they’ve spent. JP compares swapping to a treasure hunt with results that pay off. “When I get home after swapping, I sometimes can’t believe what I actually did and how much money I saved.”

JP also sees swapping as a great solution to cutting back on waste. He says, “I think in Canada, we are such a country with great wealth and regard ourselves as a peace-loving people. However, we don’t realize how wasteful we are.” As a Canadian-born Filipino, JP looks at the impoverished country where his family has come from, where people thrive on garbage dumps for survival, and is even more inspired to eliminate wastefulness.

When it comes to building his barter home, JP is keeping the values of inclusivity, creativity and environmental sustainability at the forefront. He wants his home to be accessible to his friends with physical disabilities and chemically-minimized for those in his life with sensitivities. JP’s also taking his idea of inclusivity one step further. He says, “On the labour side, I will be looking at providing opportunities for people in the local community, particularly those who have been marginalized and not been given the opportunity for employment because of disability or other social circumstances.”

JP plans to keep the project creative by finding inventive ways to minimize costs, capitalizing on off-grid living, involving the community and adding artistic style elements to his home. He’s looking to barter as a way of leveraging his services, time and skills, which include public speaking, comedy, fundraising, media training and consulting, and art event production. 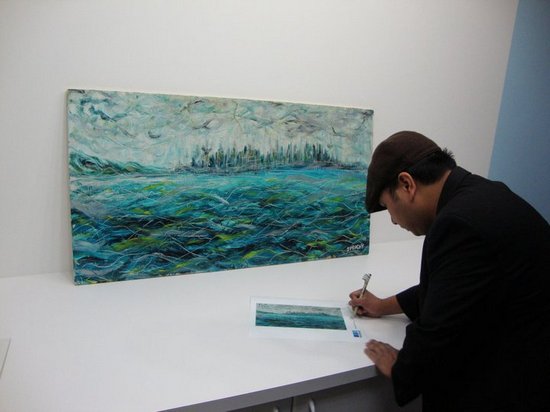 To ensure his home is eco-friendly, JP is committed to maximizing the use of reclaimed building materials and exploring alternative power and rainwater collection. Says JP, “With the increasing energy costs, I am looking to have minimal maintenance cost to the home, which means having the home be as energy efficient and as off-grid as possible.”

Each step of JP’s mission will be captured on film by Eva Wunderman, an award-winning writer, director and producer.

“To be able to produce a program that is based on the concept of creative trading to build a new home is exciting. I know it is going to be a fun, quirky and entertaining show,” says Wunderman, who formerly directed the television show Weird Homes.

To reach his goal and build his ideal home, JP is going to dream big while still staying grounded. “I find when I am most genuine about my intentions, the right people and opportunities appear,” he says. “I have fearlessly trusted my instinct and it has helped me come into a whole new fascinating world. It’s allowed me to dream even more.” 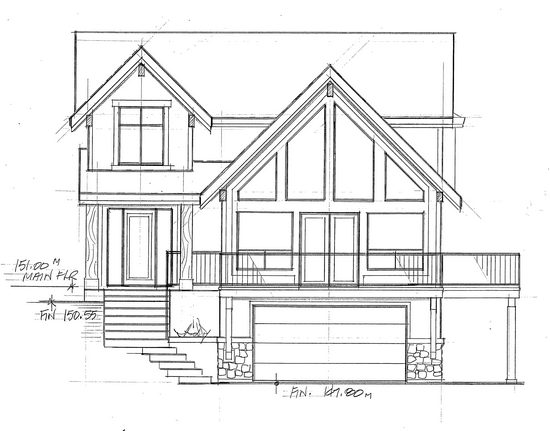 JP has already purchased the site of his future home, worked with a designer to perfect a layout and is now searching for an eco-minded builder. He’s also currently looking to Swapsity members to help him on his barter mission. He’s in search of swap partners to trade the goods and services needed to get him closer to his ultimate goal. Asks JP, “Whadda ya got to swap?”

To track JP's progress, make a swap offer or cheer him on visit www.swapsity.ca/gree nhome.