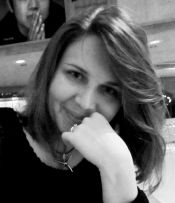 Swapsity is a creative effort kindled by the vision of making swapping accessible to all Canadians.

While working for a Bay Street investment bank, Swapsity founder, Marta Nowinska, had the idea to create an online swapping community. The idea for Swapsity was sparked while on her way to work one morning. She contemplated how exchanging what we don't want for what we do want creates value for both parties and makes people feel good about it. It was further bolstered by the recognition that everyone has valuable gifts and inner creativity to unleash and share.

Intrigued by the idea, she checked online only to find only business barter exchanges in Canada. Ordinary folks did not seem to have any communities where they could swap to their heart's content. Thinking that swapping was a really terrific idea, seeing a compelling market need and feeling alignment with her personal values, Marta embarked on making the idea into reality.

Marta already had the most important tools she would need to get Swapsity started: an entrepreneurial spirit, leadership experience, a business degree and the passion to create. She learned the art of barter at a young age through collecting stamps. By swapping the stamps she did not want with her friends, Marta expanded her collection without spending a cent.

Marta ended up trading her job in finance for social entrepreneurship. That 'swap' from the world of banking—where the greenest thing around is cash—to the greener world of barter is what made Swapsity what it is today.

At the heart of Swapsity is the vision to help Canadians build a more collaborative and sustainable lifestyle through a peer-to-peer swapping community. Instead of always buying new stuff and maxing out credit cards, the idea aimed at empowering people on financial, environmental and social levels while helping build more connected communities and a greener planet.

In a climate of Collaborative Consumption, environmental awareness and mindful spending, the dream of Swapsity quickly took shape and in the fall of 2008 the first private beta version of website was created. Since then, Swapsity has grown by leaps and bounds, attracting like-minded people who share the vision. The site has also been continually enhanced through a series of improvements, culminating in a new logo and fresh, snazzy new look released in the summer of 2013. Today, Swapsity also organizes the biggest live swap events in Toronto at the city's two largest environmental festivals.

Since debuting as the first site of its kind in Canada, Swapsity has earned an influx of national media attention, swap event successes, prominent collaborations and plenty of eager members. The forward-thinking business model has made it into an ever-growing community based on the ethos of sharing and planet-friendly consumption.